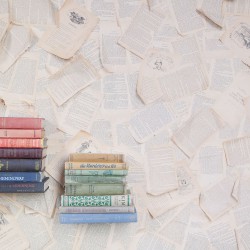 Books are my only solace and comfort

I love reading Ya and contemporary novels. I also fall in love with fictional characters too much ;)

Well I hope you enjoy my blog ♡ 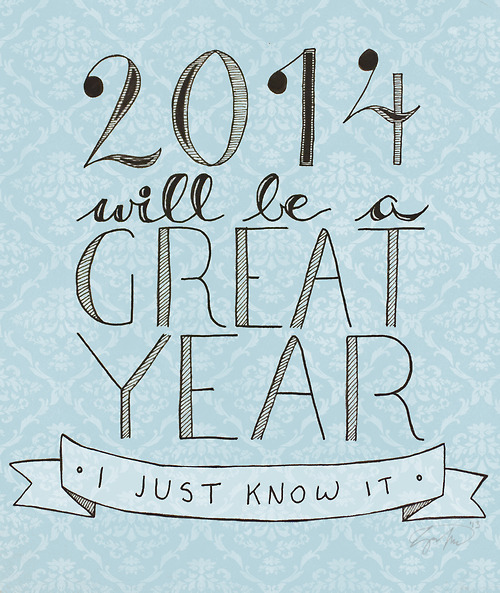 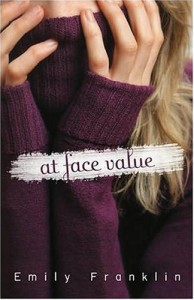 So far it was just okay ... Nothing spectacular . I think the problem is I have higher expectations of this book because the blurb seems interesting . BUT, I was not that hooked on reading this book ... *shrugs*

Have a joyful Christmas/Holidays (:

I really enjoyed this one (:

It was short and sweet, but yet hold a lasting impression. It was written in a verse kind of writing style which makes the writing more blunt and straightforward. I love how Robin and Sophie's relationship, how it seems impossible for Sophie is popular well Robin aka Murphy is not. The setting is in high school and it makes me realise how mean and shallo can people be .Their relationship have some setbacks on the road but they have overcome it and I'm just glad they have their happy ending. I'm a sucker for a happy endings just so you know . I'm also happy on how Robin accepted himself at the ending, he's a nice guy really.

Well, I'll recommend this to people who don't like to read books with chunky words. 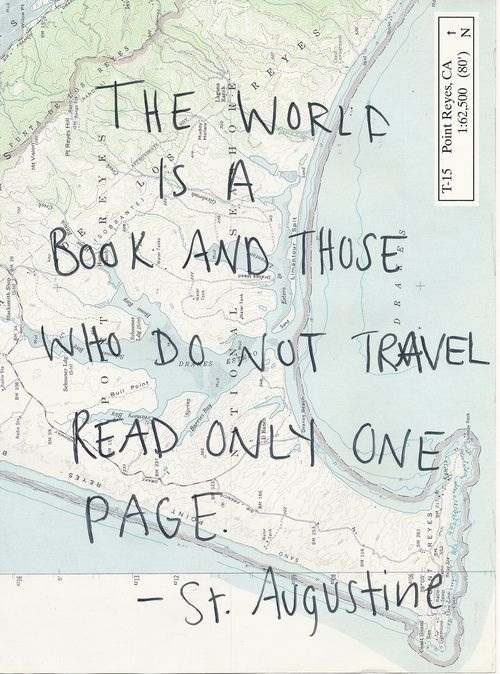 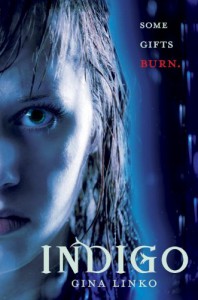 Okay , I had some problems with this book hence the 1 star . Mostly, this problem revolves around our main character Corrine. Just a warning , this review is going to contain spoilers.

First off , I'll give you some background information about her .

1. She has a sister who died because of some electric currents that surged from Corrine's fingertips a.k.a her indigo abilty. She believed she had killed her with her power. - Majority of the book is centered around her grief and her thoughts . And it pretty much get irritating . Okay, I know this is what the book is about but it just fell flat y'know? I just can't relate to her.

2. In the middle of the book , Rennick made her realise that this power can heal people or animals . It took like forever for her to accept that because of her grief and guilt for her dead sister. Honestly , it was really a struggle reading her POV.

But, before that she refused to touch people because she think she might kill them . And she stopped doing things that make her happy as a sort of punishment for "killing" her sister .

n the book, its revealed that lightning killed her sister, its not her. Somehow, her messed up brain forgot this information and she only remembered this during her near death experience (ugh) . So apparently, she's been living a lie. And she's whining about her pain and all for no reason at all. Somehow this had been made obvious in the middle part of the book. Predictable

. She met this guy Rennick who can see aura and who is much more expert in Corrine's power because her mom had the same ability. I actually like his character because I really feel he care about Corrine and I just like how real his character in the book (:

There are definitelt swoony moments bur Corrine kinda ruin it all for me.

nyway, Rennick told Corrine his deepest secrets and when he confessed his love for her , she ran away because she's scared she might kill him. God, Rennick had already proven to her that her power can bring healing yet she ran away.

And Rennick said she's so brave um what ?

Yes, she did heal people but mostly it  is to make up for the loss of her sister.

There are countless times where she is so stubborn and impulsive . She did not even listen to Rennick warnings , she only listened to herself. I mean Rennick know more about this than you. Urgh

I TELL YOU THIS IS A REAL STRUGGLE FOR ME TO FINISH.

The ending is a disappointment. The only thing I like about this book is Rennick and Mia Joy, Corinne's bestfriend who finally got her to move on from her guilt.

" Nobody's normal. Nobody's perfect. Not you, not me. And none of us has it all worked out. We don't get to perfect and then that's it, ya know? It's about waking up each day and trying. Making better decisions. " 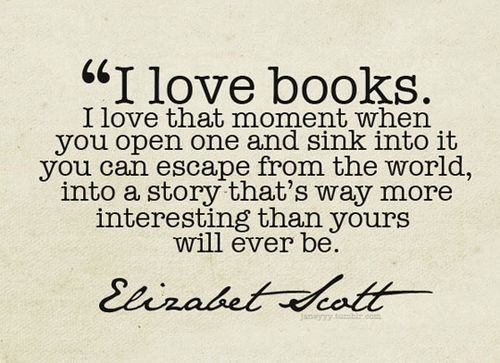 I just can't seem to connect with Corinne , maybe its because I do not experience her grief but I just don't feel a connection with her. And all this magic voodoo stuff , and this aura thing is just meh and boring.

I don't know I'll continue with this because there is Rennick, this cute guy ;)

And besides its still tolerable , its not those books you feel like throwing across the room because of your frustration. NO, IT'S NOT LIKE THAT.

I just finished importing my books and shelves from my Goodreads . Yay !

It went faster than I expected though. Its probably because I didn't write a lot of reviews. Well, my shelves are now in a mess *sigh*

I liked it. At the first part,  it was an exciting read for me as I flipped through the pages to learn more about Chris and Becca.  (Mild spoiler ahead )

In the middle part though, I was still interested to know what happened but my excitement had dampened. Idk but I find Beth somehow irritating, and her beginnings with Hunter didn’t go well for me. I mean,  she liked Hunter but got jealous of Chris talking to a girl. Like whaat ? She was happy with Hunter but she was pining to Chris at the same time ??

Also,  I think that Becca and Chris getting together  was just due to their situations. If Hunter wasn’t a Fifth , Becca would have ended with him . I really didn’t feel the connection between Becca and Chris. If more so, Hunter was the one who have a stronger relationship with her. LIKE COME ON HE SPENT THE NIGHT COMFORTING HER LIKE THAT’S NOT GONNA MEAN SOMETHING. That’s just some problems I felt in the book.

But the good points are that the writing was very detailed and I like her style of writing. Also, I like that Becca wasn’t a timid girl who doesn’t have a backbone but I liked that she wasn’t afraid to speak her mind and take on the Merrick brothers. I mean that girl can throw a mean punch .

Although she had a sad past, it didn’t really didn’t turn her into an emotional girl who sulked off in the corner. And Quinn,  I feel that her character should have been developed more. Gabriel was mentioned quite often in the book,  and even though he seems reckless and dangerous , I find that he's just confused and lost because of his parents death. Also, I was taken aback because in Elementals, his parents are still alive and well, the relationship between him and Michael weren’t that hostile. I was taken aback by the sudden setting. So, I was shocked to see him and Michael bickering.

Overall, I still enjoyed it and would still continue to pick up the series. I can’t wait for Gabriel’s POV, he’s one intriguing character.

The story line is good, it had grabbed my attention especially since I am really not into fantasy genre, this one is different. I don't know maybe its because I've never read books that have these elemental powers such as earth, air, water, wind. It kind of remind me of air bender .

This is kind of Chris's specialty (:

I'm enjoying it but there's a teeny tiny thing that bothers me ... Review to come :D

Review : Dare you to 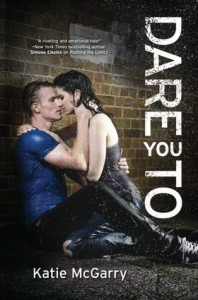 I must say I loved this one (: It was beautifully written and so emotional.

It all started with a dare ...

Beth is a complex character and what she had gone through (it isn't all pretty, I can tell you that) had made her heart to turn hard which cause her to have trust issues. She's a frustrating character at times and I feel like strangling her for the bad choices she made.

Enter Ryan Stone . He's a jock and is a baseball player. He may seem like he have the perfect life but it's not what it seems like. He has a pressurising life that he gets from his father and a silent mother that is always in his father's shadow . He also has a gay brother who is disowned by his family. This causes a drift in Ryan's family which he once thought they were a perfect and a happy family. He's unique though because he's the first jock which is a virgin (WEIRD RIGHT?!) but refreshing (: I fell in love with him though because he respect girls and idk it's my softspot ^^

I love how he never let go of Beth no matter what. Their love is so strong but I assure you its not an insta love thing that most YA have. Their love builds up slowly and  steadily ♡ I also love how Beth pushed him to be closer to his brother , Mark. In other words, they are meant to be each other (: I just love how they got together in the end ♥

Uncle Scott is a remarkable character (: Yes he make mistakes but who doesn't ? What natters is how you corrected it now !

Also, Isaiah *cries* my heart break on how things ended between him and Beth. He really cares about Beth that I cannot doubt but Beth does not love him like what he wanted her to  I'm just a glad there's a next book about him . He deserves his happy ending too :(

Overall, I really enjped this and recommend this to YA lovers out here. Its not necessary to read the first book but it will be helpful if you did (: 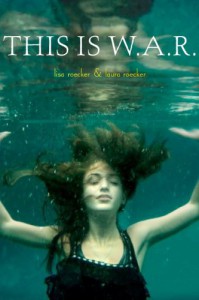 This is getting pretty ridiculous -.- Like they have this secret club oohhh intereesting BUT THEY HAVE TO FORK OUT 25000 DOLLARS I'm laffin . And all this rich people that can get away with everything including murder... idk that seems so unrealistic to me. But idk I'll guess I will still read this . 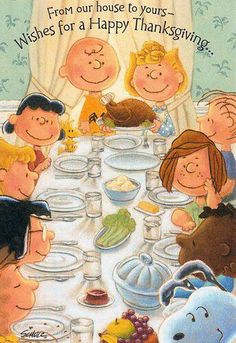 Although I don't celebrate it here , happy thanksgiving to everyone ♡